On this day we went to Sintra—which is just a short distance north of Lisboa, and very near the coast—to see the Moorish castle there. It’s what my sister-in-law referred to often as the “storybook castle” because it looks like something out of a fairy tale.

That was a deliberate choice, as it turns out. King Ferdinand II decided to have the castle restored in keeping with the Portuguese version of Victorian aesthetics. Gardens, moss, and crooked trees were all mixed with the beautifully ruined walls and buildings.

Storybook. Unfortunately, it was more elaborate art installation than useful reference material, so I didn’t take a whole lot of pictures (to my wife’s annoyance). Also, it sat atop a tall mountain, so not only did I have my usual twinges of anxiety from the height of a wall, there was the long, long cliff faces on the other side. Yeah, the view was panoramic, when I could pry my clutching fingers from the stonework and lift my head to take a look.

It didn’t help that I was primed for anxiety by the ride up the mountainside. We rode—standing room only—on a full-sized bus that swung through switchback after switchback. Fast, too: the driver knew the route well and he was rushing up paying tourists up and down the slopes.

Which meant I had to hold on for deal life while looking down through the windows at the slopes we were zooming past.

I didn’t get too many pictures, and everyone was a little too burned out to make the trip to the other hill and see the Palace, so home we went for quiet time and a chance to catch up with old friends. 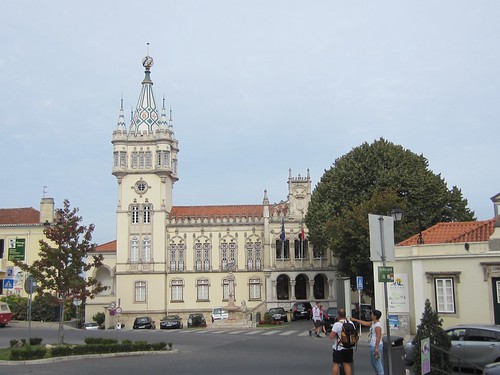