Didn’t I say I this would be my best post ever?

In case you haven’t noticed, the President has been appearing in a lot of comic books lately. You don’t need me to link them–or maybe you do–but considering the appearances he’s made so far, I guess I should have realized that this was inevitable: 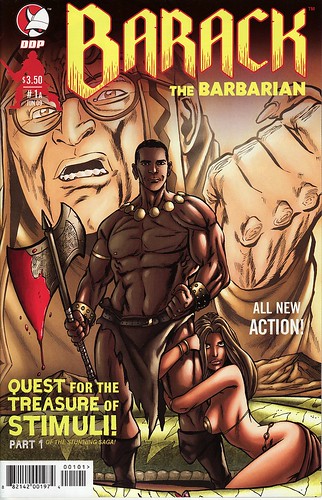 Yes, it’s “Barack the Barbarian” a retelling of the 2008 presidential election in the form of a Conan comic from the ’70’s. It’s full of bloody murder, girls in leather bikinis, and a barechested Barack high-fiving the Amazon warrior “Hilaria.”

America: A country so fucking crazy, even Johnny Depp had to leave.

The best part is that it’s actually funny.

How, you ask? Well, the conceit is that our modern times are a lost era in a ravaged Earth where people are back to pre-industrial technology. Barack’s election victory is part of an oral tradition that has been… let’s say distorted through years of telling. He’s a barbarian from the land of Shikago determined to storm the Tower of Elephants and overthrow the despot Boosh. And all the vehicles are pulled by dead dinosaurs.

Of course, in the artwork, you get dinosaur skeletons towing chariots, but when the storyteller in his hut declares “Dead dinosaurs made everything move!” I laughed out loud.

And you get to see Sarah Palin, glasses and all, in a Red Sonja chain mail bikini. 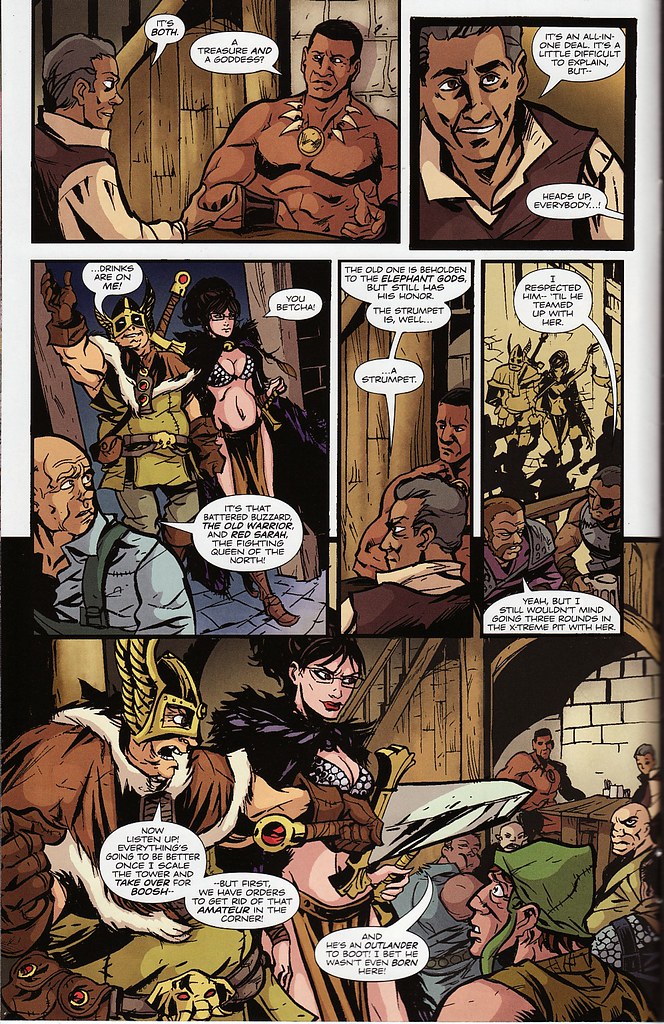 There’s not much story there, which is to say it’s a comic book. Still, it’s a very strange object to hold in my hands. Oh, and that high-five? It took place on the steps of the Temple of the Emancipator (aka, the Lincoln Memorial).

And that’s why this is my best post ever.