It can finally be announced, Part 2!

My franchise agreement with the Lego Corporation continues to be a fruitful source of revenue for both of us. The Child of Fire Lego set sold well beyond expectations, and they’re coming back for another round (naturally).

Here’s the cover for the new novel, coming out in August: 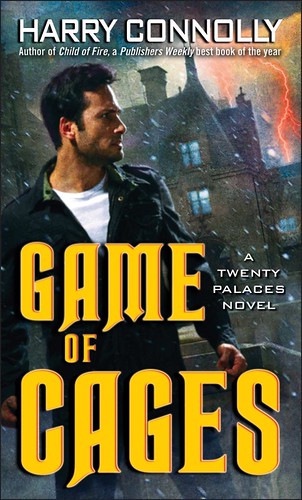 And here, revealed to you for the first time ever, is the early concept art for the box the Game of Cages Lego Set will ship in: 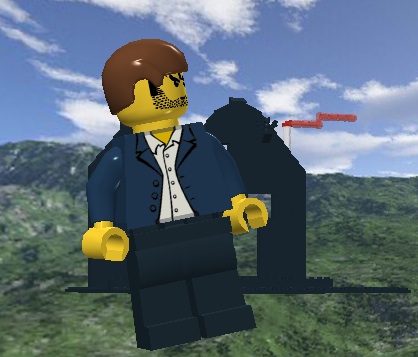 I like how they made the lightning shoot sideways, like it’s coming out of the house, although I *told* their designers last time that they had Ray’s hair color wrong, but did they remember to change it?

The good news is, this deal is making me filthy rich, and pretty soon I’m going take of from rainy, miserable Seattle and settle down with my family in an Italian vila. Mediterranean, here I come!
.
.
.
.
.
.
.
Once again, just joshin’. This image was created with Lego Digital Designer, a CAD program (of sorts) that lets you design a Lego model virtually, then upload it to their site and have the pieces mailed to you. The nice thing about the LDD joke for this second book is that I’m such a big cheese writer now that I can offshore the actual creation of the image to South Korea my 8-year-old son. He did a great job, and it would have taken me hours to do it myself.