I was gone most of the day taking my wife and son to BrickCon (and the library). The displays were, as usual, amazing. The vendor prices were, as usual, appalling. When we left, we were not wearing rain barrels for clothing. I’m calling that a win.

And of course I took pictures: 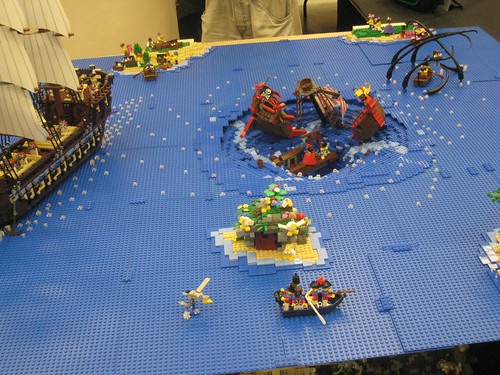 That whirlpool in the center? It spun around and around. Cool 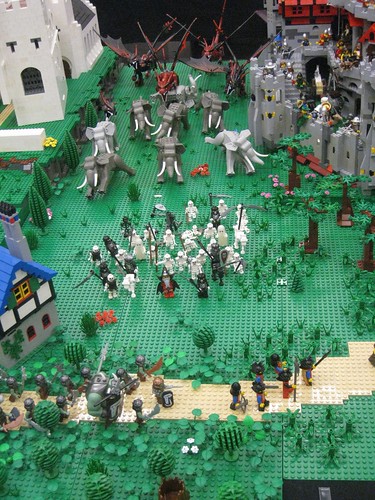 See, the skeletons are fleeing in terror from a stampede of elephants, who are fleeing from hungry dragons. And those guys strolling down the road at the bottom of the pic? They’re about to be crushed by awesomeness.

There’s a larger shot of this diorama in the set. 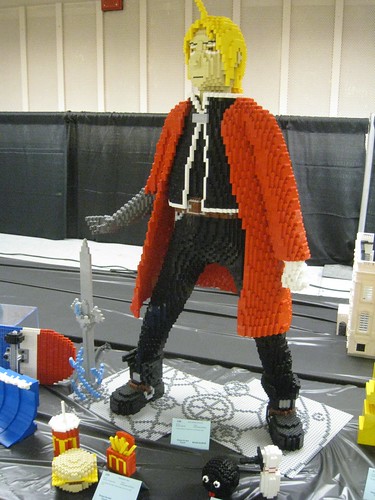 It’s a 3-foot tall version of the hero of FULL METAL ALCHEMIST, which I guess makes it life-size. 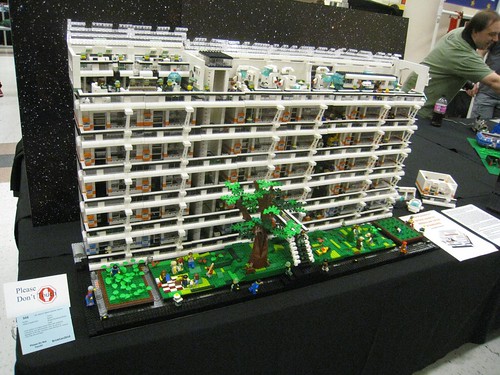 A cross-section of a modular space habitat. 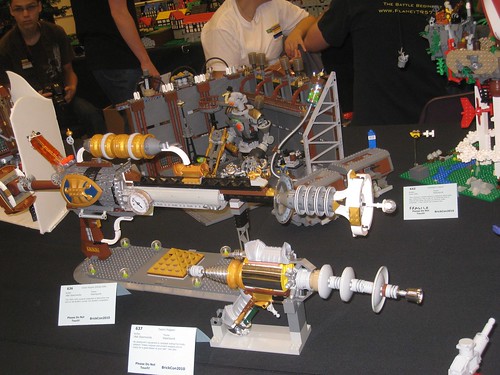 Steampunk blasters, w/ a steampunk robot in the back.

It’s funny, but the fantasy layouts were huge dioramas, but most of the science fiction stuff was a ship or a building set on the table with no relationship to the stuff around it.

There were also a few things I didn’t get pictures of: coolest was a marble-shooting Mindstorm robot. I do have video, though. I’ll see about posting those later.

Anyway, I wish the pictures were better, but the builds themselves were terrific. See more of them at the flickr set.