For some reason known only to the elves that live inside his brain, my son recently decided that he wanted to paint one of his Nerf guns to be “Steampunk”. Where that came from, I don’t know. He’s never read a steampunk novel as far as I can tell, and… Well, let’s just leave that at “mysterious.”

And being our son, we said “Annoying project? Sure!”

We forgot to take a picture of the Nerf Maverick in its unmodified form, but here it is, courtesy of the cool website Think Geek–behind the cut:

Here it is, disassembled and sprayed with primer: 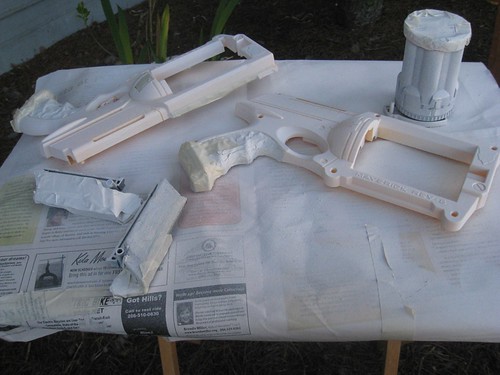 I think the copper is kinda pretty: 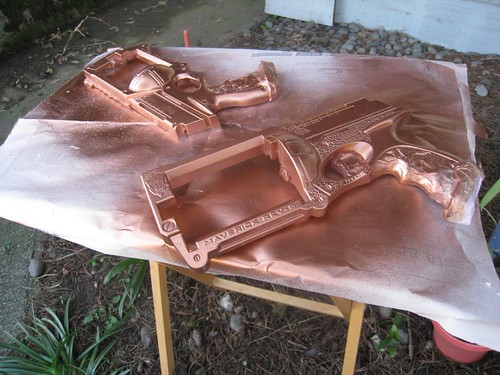 The barrel had to be brass, natch: 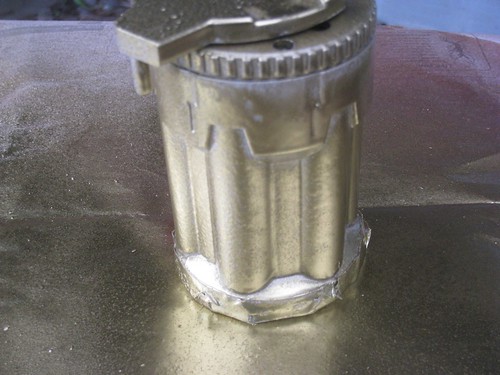 And here it is, all finished: 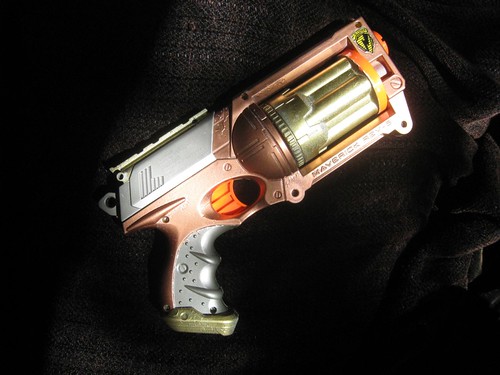 Confession: I asked him to leave those parts orange, so he could play with it safely outside, if he wanted.

I think it looks pretty good, and it’s got me looking around at some of the other Nerf guns and crazy water pistols we have floating around here.