Much ado about fifth edition D&D

So much ado, in fact, that Forbes Magazine even did a piece on the new “crowd-sourced” rule set.

Me, I was disappointed that this was the big news. For a long time now, I’ve been waiting to hear that Wizards would work out a licensing deal with Lego to create a Dungeons and Dragons line of figures, with swappable accessories and armor. Hell, they already have many of the humanoid creatures. How hard could it be to create a few Yuan-Ti, amirite? And everyone would buy a Lego beholder, just because.

I mentioned this to my son, and he immediately began to put together a tableau. Here are some high-level heroes taking on a red dragon and its minions. 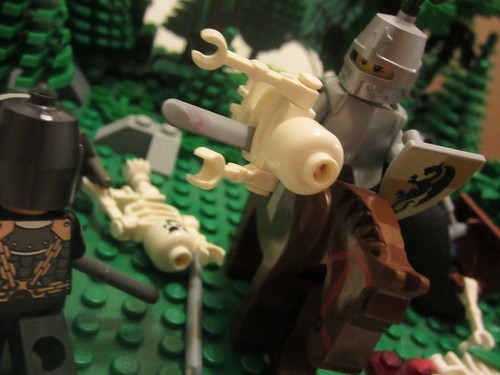